PlanMade
Black and white version of this page, please!

What should I consider when growing my own vegetables?

Growing your own vegetables! 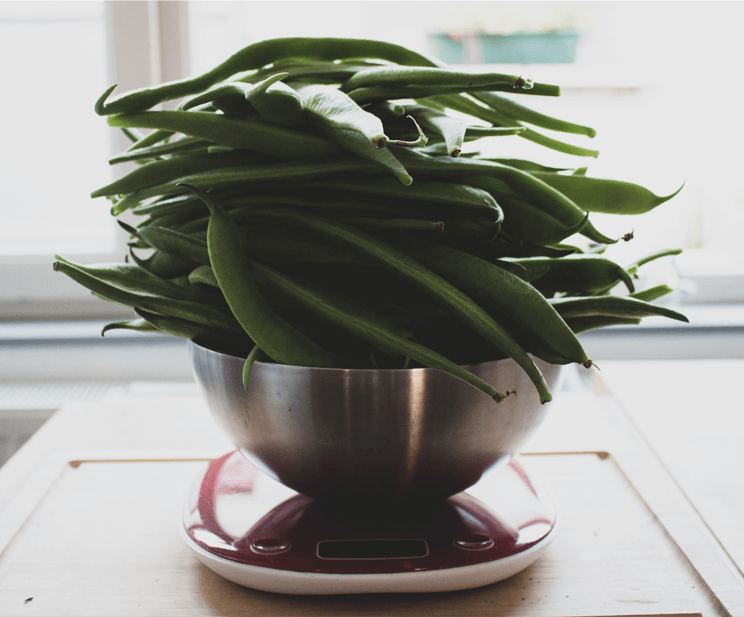 Read the first chapter from our new guide + ecourse Backyard Vegetables below and find out how we grow our fruits and vegetables.

Where do we grow everything?

Our garden's about 4000 square foot in size, that's 1/10th of an acre. It's north-facing near taller buildings so quite shady. That's a blessing in the hot summer months but does mean everything takes a while to head up after winter.

Our soft fruit shrubs we planted in one of the sunniest spots. They do very well in the hot weather.

We grow our vegetables in two raised beds. They're 4 foot wide by 8 foot long.

That's 4 beds according to the square-foot gardening system. We've found the beds very useful because they mean you're not bending over all the time as well as having to deal with less weeds.

Our raised beds are in a sunnier part of the garden. They start getting a couple of hours of sun a day in February. In the height of Summer, part of the beds is covered in shade by the afternoon.

We take advantage of that to grow some more heat-sensitive plants.

We have found the square-foot raised bed system not %100 suitable to growing large amounts of vegetables.

In the square-foot system, you tend to focus on smaller harvest more often throughout the year. You'll get more vegetables but they will all be smaller in size.

Nothing wrong with that but not the best solution for growing very productively. So that said, we still use our raised beds, we just made the squares bigger so all plants get a bit more room to grow. That's the compromise we make to get bigger plants and still have the benefits of the raised beds.

Plants like kale and runner beans are now in among the other border plants.

The runner beans in particular look super pretty with their red flowers. The kale, whether it's a red curly kale or a blue Cavalo Nero, looks amazing too! Very much an exotic prehistoric plant when surrounded by ornamental plants.

This, for us, has been a great way to increase the yield of our garden. Putting edibles in the ornamental borders.

This only works for plants like kales, beans, tomatoes..

Vegetables grown for the root like carrots, parsnips and turnips will do best in loose soil without too many obstacles like stones, sticks...

All plants are grow outside, we'll pre-sow in the house (on a windowsill) or protect plants in our conservatory but we don't have any cold frames or a green house.

We'll protect plants from the cold in the garden by putting a couple of sheets of an old plastic miniature greenhouse on some plastic pots. A couple of old roof tiles or some bricks keep everything from being blown into the neighbours garden.

This works very well to protect lettuces and other small plants over Fall/Winter. They will stop growing once the temperature drops too low but they will be protected from the frost and will start growing again much sooner in Spring.

We garden in Belgium, hardiness zone 8a.

Summers with a maximum temperature of about 30°C/90°F and minimum about -15°C /5°F in Winter. Although we don't often get temperatures that low in Winter, it can happen!

This is similar to south-eastern England, Northern France and the southern part of the Netherlands. The French-speaking part of Belgium is in zone 8b to 7. They've got slightly colder Summers and Winters.

The last couple of years, we have started looking at advice for warmer summers. We've found that the warmest places in our garden take after zone 9!

In those spots it's just too hot for plants that could normally take full sun in zone 8. They just look like they're feeling very sorry for themselves and they don't really start to pick up again until the Fall.

These hardiness zones don't take rainfall, wind or micro climates into account. So this is something you will have to experience for yourself. Look up your hardiness zone and see if your garden matches up to that.

The zones do give a good idea because they to look at the minimum temperatures in winter as well as the maximum ones in Summer.

There's no point in being able to overwinter a plant because it could take you lowest local temperature if it's going to die in the heat of Summer.

Note: If you are just starting out, and you would like to do so with a minimum amount of resources, we wouldn't recommend building raised beds. There's quite a few things you would need to buy; soil, timber... and it's quite time-consuming.  It's something to only consider if you've got all the materials already and would like a project. Do make sure to sow some lettuce and a couple of radishes somewhere else before you embark on this building adventure. 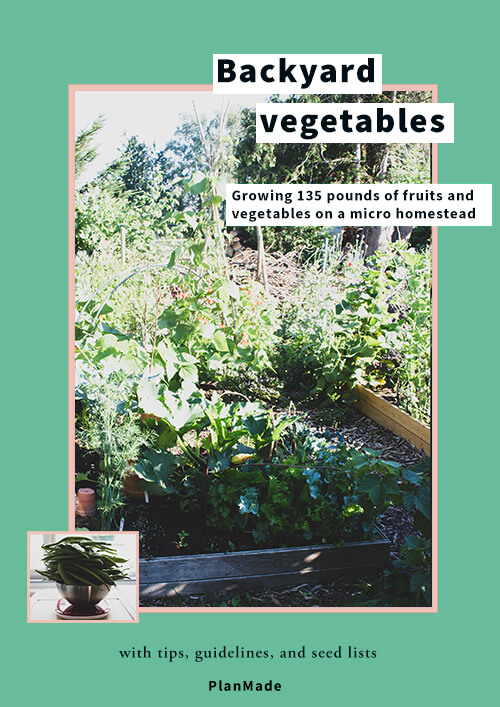 You grew some tomatoes, maybe some kale (healthy! smoothies!) and a carrot or two.

You figured 'sticking these in the ground and follow the instructions, how hard can it be?'.

Then, the tomatoes started looking very miserable, an ant colony has taken over the kale and you're now growing so many weeds a machete seems like a reasonable purchase...